THE ART OF HOSTING MORECAMBE BAY

We welcomed back 40 people from the first AOH training group in February.

Andy opened the day by speaking about the purpose of us all coming together and the scale of the task in front of us.
​
Here is a little video of the welcome and framing of our community day 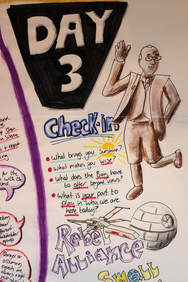 Then we had a proper Morecambe and Wise Check In

What brings you sunshine?
What makes you wise?
What does the Bay have to offer?
What is your part to play in why we are here today?

We began to share the many stories and experiences of some of the people who had trained in February about where they had started to work together and how they had used the tools and techniques of hosting in their work.  We heard about new initiatives like the Comedy Fringe and Time banking, also about meetings that had really opened up a good dialogue and understanding between people because they had been organised in a different way.

​Some of the participants from this training began to talk about where they could see themselves applying their learning and what projects they wanted to call as a result.   Lots of information was shared and new ideas generated, help was offered and received. .Coffee was drunk, cake was eaten and salsa was danced !!

Opening the space
​
for action together

In the afternoon a small hosting team opened space for conversation around projects that we wanted to do together, inviting people to work on specific ideas they would like to collaborate on.  9 projects were called and developed.

Where might we begin to collaborate to build a better Morecambe?

Supporting, developing this community of practice and social movement
Open cinema and cafe
Build it and they will come - Frontier Land blot on the landscape - community pressure
Youth mindfulness in schools
Setting up a social befriending service
Councillors as community communicators, would it work?
Join the dots with string
To propose a Well recovery house in Lancaster/Morecambe - support and constructive criticism please
Working differently really living the art of hosting - what will public agencies be doing now ?

​ ​
Finally we checked out with a circle of commitments, everyone speaking their intention to what they offered to do now or to take away as an action from our time together.   The aim of this session was to really make visible the results of the three days and to show some of the places where people had real intentions to work collaboratively with each other.  People stepped in to support each other as they made their commitments and intentions real. 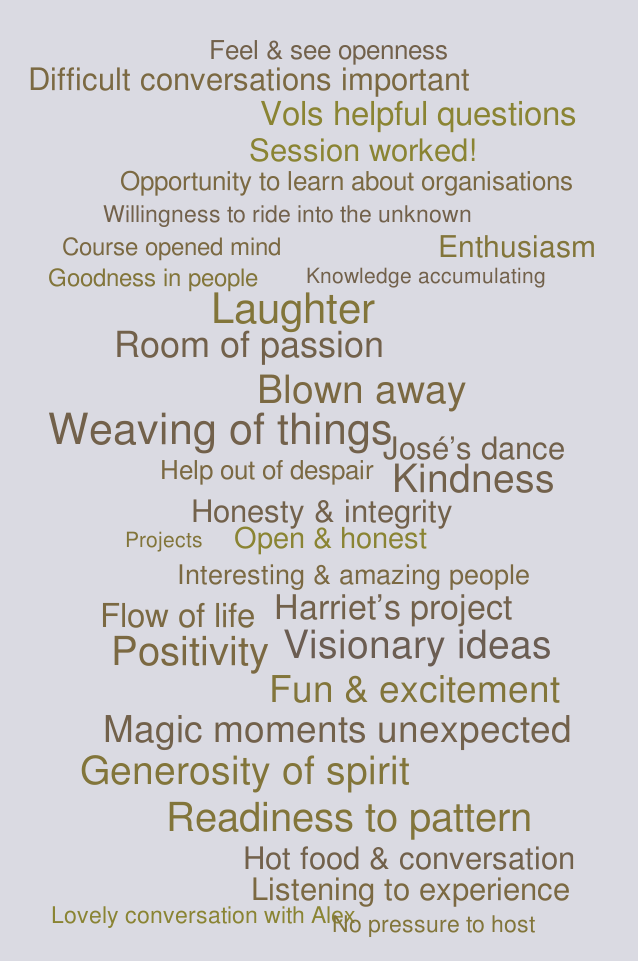